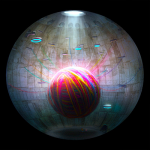 Hi, I'm Squidward Tentacles. I know I haven't edited here much, but I'll try to come on more. My favorite T.U.F.F. Puppy character is Kitty. I'm also fond of Dudley and Snaptrap. I am NOT one of those stupid Kitty fanboys that just sit at home saying "Kitty...Kitty..." over and over again with no expression whatsoever; I have SO much more in my life than Kitty! I like using the word schmoodle!

I guess I'm technically with the members of the Leave Kitty Alone Club, even though my favorite character is Kitty. I'm just not crazy about her like those weird people whose lives depend on Kitty and would like to STOP THEIR INSANITY!!!!

I used to play the clarinet, which is one of the reasons my favorite character from SpongeBob is Squidward the octopus. Right now, I play the viola.

As a kid, I watched lots of Nickelodeon shows like Rugrats, Aaahh!!! Real Monsters, Invader Zim, SpongeBob, Blue's Clues, The Backyardigans and some more. That's kind of why I have been on most Nick Wikis.

My least favorite T.U.F.F. Puppy character is Larry. As Snaptrap says, "You disgust me, Larry!"

Retrieved from "https://tuffpuppy.fandom.com/wiki/User:M%C3%A9lodilous?oldid=134276"
Community content is available under CC-BY-SA unless otherwise noted.