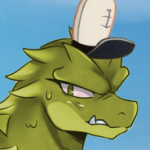 SPECIAL NOTE TO CONTRIBUTORS THAT I HAVE BLOCKED/BANNED ON OTHER WIKIS:
DO NOT COME HERE AND ASK ME TO UNBLOCK YOU! YOU GOT WHAT WAS COMING! AND I DO NOT REGRET WHAT I HAVE DONE EITHER!

“A well-disciplined organization is one whose members work with enthusiasm, willingness, and zest, as individuals and as a group, to fulfill the mission of the organization with expectation of success.”
—Admiral Arleigh Burke (1901-1996), USN, Chief of Naval Operations (1955-1961), 1958

Find me on Wikia!

Find me Anywhere Else!

Kitty Fanboy n. A person, that is a male, who has a rather large crush on T.U.F.F. Puppy character Kitty Katswell. Normally, they are insane. Sometimes they might be furf**s. (sorry, can't say the word for the more stupid furries on here, furries themselves are normal)

"I'm gonna lay you out!" — The Engineer from Team Fortress 2